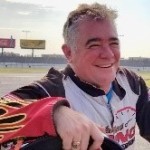 The proliferation of cyber-relevant third parties created a massive headache for PE giant Blackstone. Keeping up with the cyber assessments of so many downstream vendors was straining the capacity of the portfolio companies. The solution was the formation of a ground-breaking one-to-many assessment platform that reduces friction in large tech END_OF_DOCUMENT_TOKEN_TO_BE_REPLACED

PropTech is transitioning from disruption to sector. The volume of and value of PropTech M&A is a leading indicator of the coming changes for this emerging space. originally published by Goodwin Law on March 3, 2019 PropTech – the convergence of real estate and technology – has effectively transitioned from END_OF_DOCUMENT_TOKEN_TO_BE_REPLACED

Pei gave “this century some of its most beautiful interior spaces and exterior forms,” said the jury of the Pritzker Architecture Prize, which Pei won in 1983. by James S. Russell in GlobeSt on May 17, 2019 (Bloomberg) I.M. Pei, a dominant figure in American architecture for more than three END_OF_DOCUMENT_TOKEN_TO_BE_REPLACED

By Peter J. Brennan in the Orange County Business Journal on October 6, 2020 CoreLogic Inc. (NYSE: CLGX), a provider of